Warm and comfortable underpants. (Read: that is capable of curbing any sexual initiative)

I look at my hands.

Nail curvature is from acute lung failure and there are unmistakable vertical streaks from excess bleach. I think of the Night of Perversion nail polish that I bought for the evening of the 31st. Will the golden specks creep into the furrows? The skin looks like the Gobi desert in a particularly dry season. I don't have time to put the cream on, I opt for gloves.

I look at myself in the mirror.

I see a flaccid being, with a mortuary pallor, bundled up in a shapeless sweater. Will I be able to transform myself into a fascinating creature in time for the party?

I go out to buy the gift for my mother-in-law. (Better get rid of bad thoughts quickly.)

In the window I see a perfume that costs € 40. I think about when she pointed out to me that her son deserved more. I'm looking for something less.

I examine a € 30 scarf. Um ... I remember the time she  announced that her son's ex-wife cooked better than me.

I propose a panettone plate for € 20, with Santa Claus fluttering in the starry sky, surrounded by snow crystals.

I phone him for confirmation. He objects that the purchase seems out of place, since this year we don't celebrate Christmas at his mother's. (I clearly catch the note of disappointment in his voice.) What's the use, he says, of a panettone dish for my mother now? Giving it to her would be tantamount to reminding her of her loss of centrality and power within the family and throwing her into a state of depression from which she would emerge only in April with the organization of her son's birthday.

And it seemed just a dessert dish to me.

At this point I remember that cologne, given to me by Aunt Severina three years ago, and thrown into the bottom of the sock drawer. I decide to recycle it to the mother-in-law and with the € 20 I buy three sheep for the crib and a sheet of rock paper.

His daughter (Although in June she told me that the new bikini marked my hips. Grrr)

My friend Alice. (The husband ran away in the Philippines with the maid.)

While I'm putting a question mark next to my stepdaughter's name, in the secret hope that she won't come, my mother-in-law calls. She says she would have thought of inviting us this year. I reply that he has been doing it for ten years. She says that she has already prepared the dough for the croutons. I reply that I already have the capon in the freezer. (It looks like the last scene of a weatern film.)

As soon as I hang up, Aunt 'Melia calls. She says she would like it if we all went to her countryside cottage  this year. Read: farmhouse sunk into thin air, wood stove broken csince 1950 and never repaired, fireplace without draft, internal temperature - 15. I'll answer, thank you, um, maybe next year.

Lastly, my brother shows up. He is sickened by all this consumerism, he says, and Christmas is just a sinister commercial operation. He is thinking of a spiritual retreat in a hermitage, with the friars cooking organic food and singing the midnight mass. For New Year's Eve, however, he is planning a trek in the Himalayas. He would really need a tent, he adds.

December 21. Aunt 'Melia calls back. She announces that her cataracts have suddenly fallen out and that Uncle 'Milcare has high blood pressure. Recommends a low-sodium menu. I think of the huge Prague ham I just bought, when my husband's ex calls. She insists that, really, this year she just can't do without her little girl. (Who is 22 years old.) I enthusiastically agree but my husband a little less.

The doorbell rings. With an acid smile, my neighbor gives me an invisible thorny plant with an asphyxiated appearance, dotted with fake ruscus’ berry and smothered by a layer of golden spray. I thank. I detach the mistletoe from the previous year from the door, refresh it under the tap, and slam it in her hands with best wishes.

December 22. My friend Alice calls. She keeps me on the phone for two hours to tell me that her husband doubts, hesitates and maybe he will come back repented to celebrate Christmas with her. I sympathize and meanwhile I think of the box of rose-shaped handkerchiefs that I bought her. I decide to replace it with a leopard-print lace thong.

Together with the thong for Alice, I choose a fire red outfit for my stepdaughter. I am tempted to ask for three more sizes, to give her the impression that I too see her  as fat. In a specialized shop, I buy a canadese (in the sense of tent) for my brother. They explain to me that this is the original used by Messner during the ascent of K2.

I mount it in the living room to see if anything is missing and find a box of condoms inside. As I check the tie rods, it occurs to me that I have not yet bought anything for Aunt 'Melia, then I remember that she can't see and I leave it alone.

Very pleased, I buy for my man a tie studded with raccoons disguised as Santa Claus, each with a comic that comes out of his mouth and screams MERRY CHRISTMAS !! Really very, very, very original.

December 23. I take down the tent to make room for the Christmas tree. I can't get it back into the special case, so I make a ball and wrap it as it is, with pickets and everything. The result is the bulkiest gift I've ever seen. When I have finished wrapping, I discover I have forgotten to remove the condoms.

I place the Christmas tree. Two and a half meters of pure polyethylene. I try to hang up three branches that broke off the previous year. They don't stick anymore and then I hide the void against the wall. I spray branch by branch with a mountain pine aroma spray. Now the tree tastes of anchovy paste and the cat appears very interested.

I weave 15 sets of flashing lights, hoping that maybe one turns on. Nothing lights up and I spend the rest of the afternoon looking for electrocuted lights. I attach all the balls (I put the broken ones behind, hanging the Burano glass bird on the highest branch, away from the cat. Standing on the ladder, I try to insert the tip. It is 55 centimeters long and has the shape of a disturbing angel with outstretched wings. It doesn't stand straight. I borrow a knitting needle from the neighbor. she hands it to me with the air of wanting to pass me through. I anchor the tip with iron and half a meter of silver wire.

2 salami, one coarse-grained one fine-grained.

(Prague ham is already there)

I think I'll finally get rid of the hypercholesterolemic mother-in-law, then I regret it and, at the last minute, I also buy a seafood salad tray for her.

Frankfurters for my mother who is allergic to both.

Tortellini for broth. Nobody eats them but they are tradition.

(The capon has already been in the freezer since last year Christmas.)

12 noon. At the end they all came. My brother has overcome the mystical crisis already at the aperitif. My husband's ex left for the Caribbean on a charter and phoned us at midnight on the 24th, asking us from the airport if we could keep the baby.

The little girl in question is in my room, in front of my mirror, with her ear glued to my cell phone for an hour, striding out in my outfit, which unfortunately makes her look like Megan Gale's beautiful sister. She gave me a pair of red culottes that read, "Come on, old lady."

With a purple nose and shining eyes, my friend Alice drowns her sorrows in a glass of martini. Her husband decided at the last minute to see the dawn of the new year in Manila.

1.30 pm. I bring the capon to the table. The tip chooses this moment to plunge and pierce it exactly in the center. The cat climbs the tree and slaughters the glass bird of Burano.

3.30 pm. Aunt Melia has already broken, in sequence, 3 Bohemian goblets, 1 salad bowl and 2 rock crystal jugs. Now she is conscientiously sucking the nougat, while she screams in the ear of uncle 'Milcare, who is singing at the top of his voice silent night.

At the head of the table, my husband proposes a toast with a dazed air. He has five identical ties around his neck, accompanied by raccoons screaming MERRY CHRISTMAS !!

In the air there is a strange smell of anchovy paste, dates with mascarpone and burned-out lights. The cat has stolen the bones of the capon and munches them under the table. Amelia sobs with her nose buried in the sparkling wine. My mother and my mother-in-law, at the bottom of the table, squabble over possession of the only nutcracker.

I do not know.

It will be the emotion. It may be the Christmas spirit, but I feel like I'm going to cry. 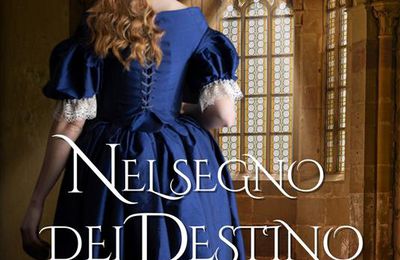