Sara took off her glasses and rubbed her eyes, tired from the light of halogen lamps. In her short-sighted world, the butcher’s shop merged into a liquid shadow with the pharmacy next door. She put the glasses back on in time to see the dust at the passage of a truck, strangled in the narrow and dark street. Together, a strong smell of gunpowder irritated her nostrils.

A late customer peeped. Two sour eyes pinned on her hair and on her depressed face: "Are you closing, dear?"

"Look, dear, for tonight, I thought about changing my hair color. I'd like a nice mahogany shade."

Sara began to focus on the woman: tough hair, little cap askew, withered breasts, squeezed in a glittering shirt. "Red would be nice for you," she said, thinking that those like her withered her soul. "Where are you going tonight?"

"I’ll go dancing, and you?" She was asking her, but you could see she did not care to know the answer. Her eyes darted between the merchandise.

She showed the customer the colors, with shaking hands. She often trembled while she was working, but never when holding the brush. Sarah knew how to paint all sorts of flowers, the yellow sunflowers of Van Gogh and Gauguin’s scarlet petals.

It was precisely because of Gauguin’s “Les seins aux fleurs rouges” that she had received the first email from F. They had met by chance in a chat line for lovers of Impressionist painting.

"The color expresses more emotion than reality," she wrote, flirtatious, signing TAHITI, as the island loved by Gauguin. "This is revolutionary art, it is the road that leads to Picasso," he thundered manly. He always closed his letters with that single, haunting, original: F

So a long exchange of messages began. They talked about many subjects, but especially of painting. She had learned to recognize the mood of F by punctuation, by the words he chose, by his silence. And, although they had never met in person, she fell in love.

"You tell me how much these lipsticks cost." The customer was looking annoyed.

She wrapped the lipstick with the hair dye, than signed the amount on the cash register. She felt her fingers tingling and strange. She found herself watching her own hand as something detached from her body. She had petite hands, with pink hairs and short nails. The hands of an aged girl.

The customer went out, wishing one lazy good year. The road was empting. A group of children lit one firecracker after the other on the sidewalk in front of the window. She could hear them all burst inside her.

She wondered how F would spend the night.

The last passersby went home exchanging cold greetings. A couple entered in a car, arguing. Sara saw a glint of sequins and the neck of a sparkling bottle.

It was time to quit for her. His father was waiting at home to celebrate the New Year together. Widowed and ischemic, she did not want to leave him alone and then no one asked her out any more now.

She took a few banknotes from the cash register and then wrote the bloodless amount next to the date: December 31, Tuesday.

She put on her coat and buttoned it, because the wind was damp and bad. She thought of F, of his life she did not know, of the enthusiasm with which he described Degas’ dancers, of his caustic, brilliant sentences. "Dreams only belong to those who dream," he used to say.

F, who wrote to her for months and then stopped.

"The game is great if it doesn’t last too long," he said in his last letter.

Sara looked for the umbrella. She felt heavy and cold. "Maybe I have a little fever," she muttered, touching her forehead, then turned off the light. From the darkness the smell of the soaps took shape, pungent, unhealthy, like rotting flowers.

Then, suddenly, she saw a blue mountain pop up in the dark, a thick, cobalt blue sea, and fleshy, strong-painted scarlet flower made of light and dark.

Then she smiled. With a sharp blow, she pulled down the shutters.

"Tonight", she said to herself, "when everyone else dances, I will paint." 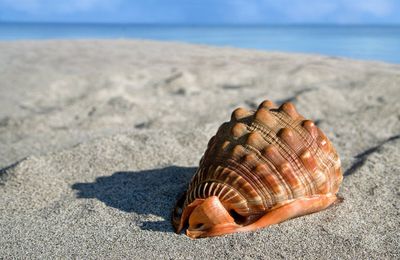